Update: We’ve now seen the episode. It might have been easy to miss, but they used our video twice. Both times were early in the program. While we would have loved for more of the video to make it, we think it’s awesome that we were able to give a shout out to South 21 and to Charlotte. Thanks to everyone who watched!

Hereford: We have a special announcement to make: We’re going to appear on an episode of the Travel Channel’s Man v. Food Nation! Specifically, a video that we made is going appear. Man v. Food is going to have a different focus this season, and they want their viewers to be a part of it. It was Angus who saw the call for people to submit audition videos on MvF’s website. It read:

Angus: So that’s what we did. On a Saturday after doing a review at Mueller’s (which, in hindsight, really should have made it in the video—that place is awesome) we shot video of ourselves eating burgers at some of our favorite places in Charlotte.

Although we don’t know exactly how it will be used in the episode (or how much of it will be used), we’re really happy to be a part of show. (We’re big fans).

Hereford: We’d like to thank all of the restaurants who let us shoot inside and outside of their places, and we’d especially like to thank The Travel Channel, Man v. Food, and, of course, Adam Richman for selecting us to be apart of the Man v. Food Nation.

Be sure to watch (or at least set your DVRs)! 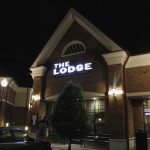 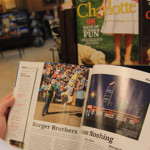 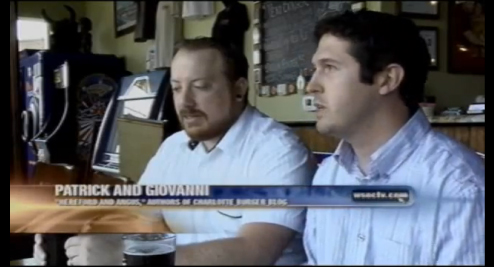 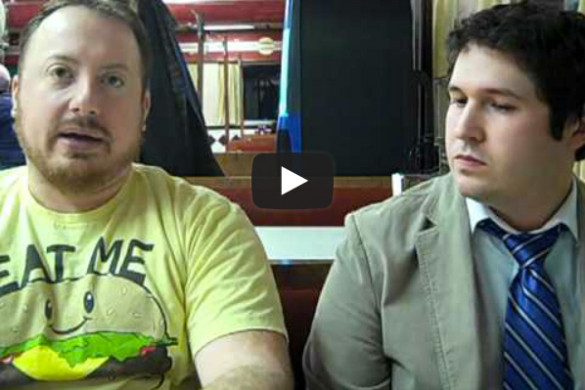