The Charlotte Burger Blog was founded by two guys, Hereford and Angus, on a relentless quest to eat burgers at every place they’re served in Charlotte, NC and the surrounding area.

In 2013, Angus & his wife moved to the Triangle area so his wife could “go back to school” and pursue a “Ph.D” and get a high paying “job.” In 2016, Angus founded the Triangle Burger Blog as a chronicle of his continued burger journey.

Hereford remains in the Queen City, still determined to weigh, measure, and eat every burger at every place they’re served in this city.

While Angus may have moved away, expect to see news and updates from both of the founding members of the site.

Here is some more information about these burger brothers: 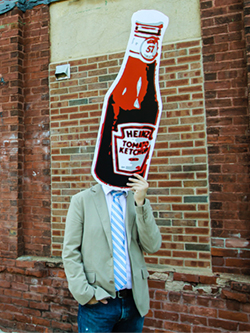 Hereford is Patrick, a graduate from Appalachian State who moved to the Charlotte region in 2003. To fund his burger quests, he works as a public school teacher. In addition to eating burgers he loves minor league baseball, sculpting, and seeing his girlfriend perform on stage. (She’s an actress, get your mind out of the gutter.)

His favorite burger in Charlotte, and of all time, is the Jumbo Cheeseburger from South 21. If this was the 90s, South 21 would be in his speed dial. 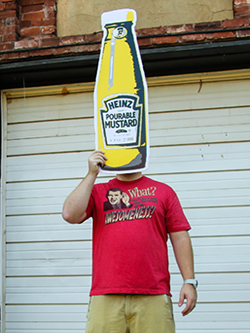 Angus is Gio, a Marine Corps veteran and Digital Media graduate from University of North Carolina at Charlotte. He moved to Charlotte in 2008, having yet to return to California since he left for the service. In addition to eating burgers, he is a loving husband and father who reads comic books, enjoys cartoons, and watches old reruns of Buffy the Vampire Slayer (like, every day).

His favorite burger of all time is the Double Tom’s Cheeseburger from Tom’s Take Out in Santa Maria, CA. It’s a place where you can get a burger, a burrito, a chili dog, and linguica all with a hint of exhaust fumes from the muffler shop next door.