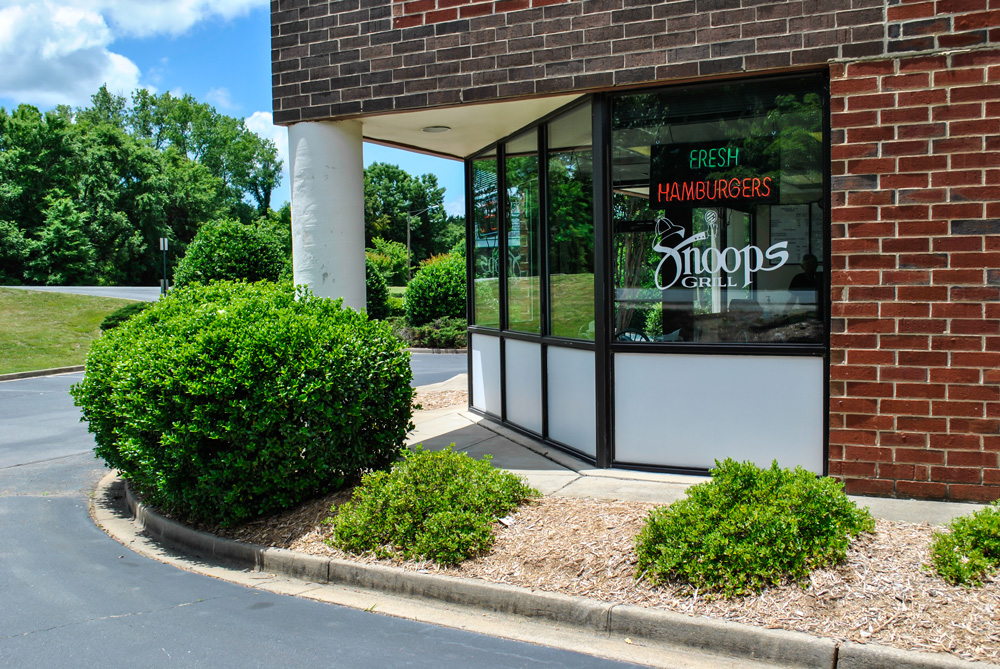 This is going to seem off topic, but I promise I’ll bring it around in the end.

In 12th grade English we read Dante’s Inferno, and as a processing activity for the book we each created our own version of hell 1. We got to define the sins and establish the punishments. We could put whomever we wanted in hell for whatever reason.

My project was uninteresting 2, but one of my friends did a great job with his hell, and it’s stuck with me ever since. It was about the sins of social interactions and personal relationships, and one of the lowest rungs of his hell was for people who take things for granted. He said it’s unforgivable for people to not recognize and appreciate the good things and people around you. (And the punishment he gave for this sin was an eternity in which you are always waiting for someone to call you, but they never do.)

I must confess now that I’m guilty of that very sin regarding one of my favorite burger joints, Snoop’s Grill.

When Snoop’s was open on Hawthorne Lane, I could walk to it, and frequently did. I always loved it, and it was one of the inspirations for the creation of this blog. Despite that, we never got around to writing about it. It stayed on our list, but we constantly passed over it. I kept thinking we would get to it. The next thing I knew, they had closed.

There was once a lot of Snoop’s Grills in Charlotte, or, rather, there were a lot of Spoon’s, as they were called previously 3, and there were around a dozen locations. With the closing of the Hawthorne Ln location 4 (which has been there since the 40’s) only one location remained, out on Westinghouse Blvd.

On a beautiful Saturday afternoon a couple of weeks ago, I headed down into industrial park territory to get another chance to finally appreciate one of the oldest burger joints in town. 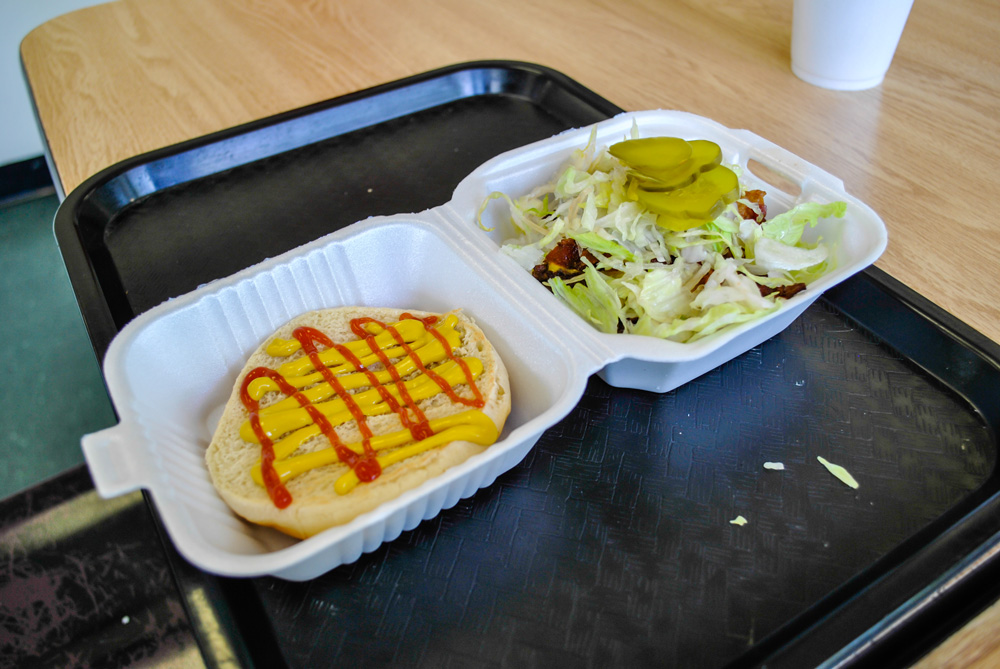 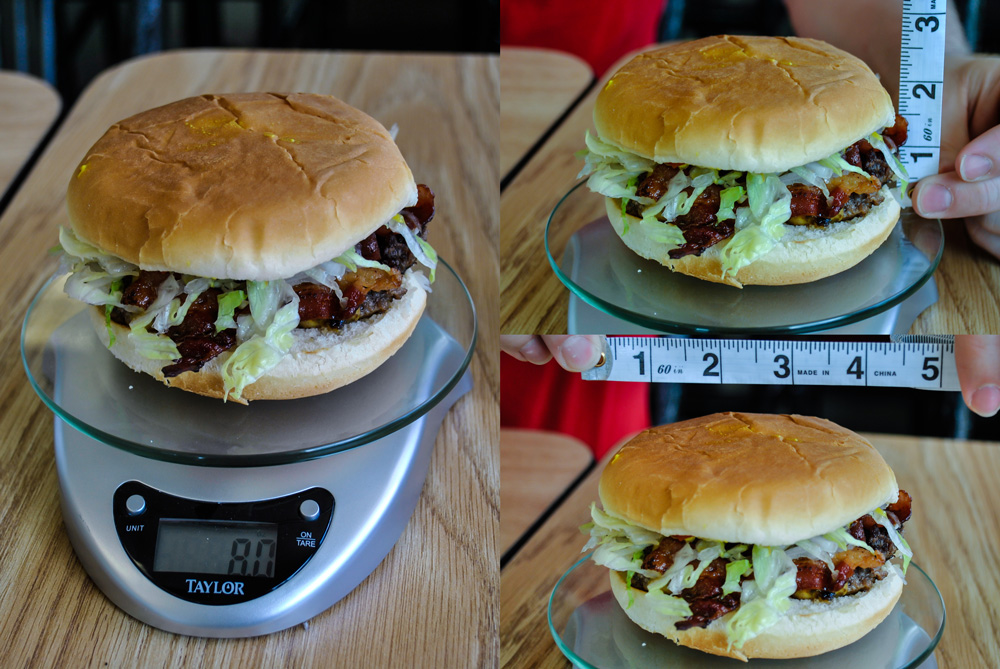 Unique among local restaurants, Snoop’s has a toppings bar for your burgers 5. When you order, you tell them if you want cheese, chili, or bacon, but everything else is up to you. You can choose, if you want, lettuce, but you can also pick between having it shredded or leafy. Onions come in rings or diced. You can get pickles or pickle relish. And they have a lot of sauces, including barbecue and thousand island. 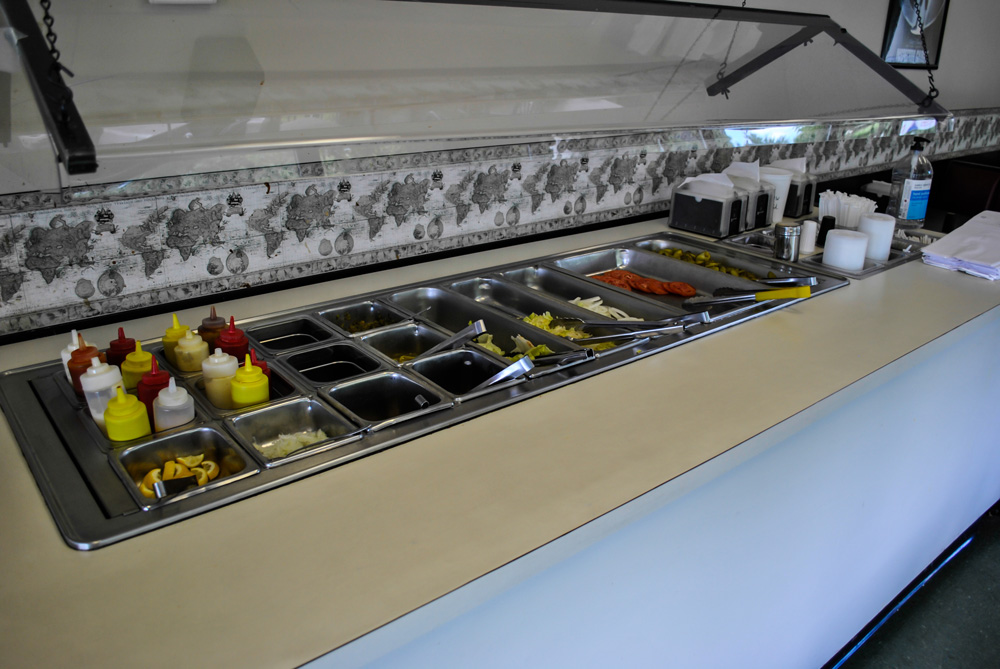 There’s only one thing missing here: Peanut Butter. Wait, make that two: Mozzarella Sticks. This is why I don’t own a restaurant.

I went fairly basic with my burger, and it was delicious. (It should be, I chose everything on it, and the portions were under my control.) The real secret to the burger is the fresh beef. They don’t cook anything until you order it, and while it takes a little longer, it’s worth it.

Snoop’s has other excellent grill fare, from hotdogs to subs to cheese steaks. They also have salads, in case you’re a vegetarian who has stumbled onto the wrong blog.

Snoop’s isn’t the fanciest place you’ll ever eat, but I love their commitment to their theme. It starts with the menu, where everything is based on a crime-fighting/spy motif—magnified burgers, undercover subs, spy salads, etc. Sides are called gadgets and drinks are called chasers. Then in the logo, the “S” wears a deerstalker and it’s holding a magnifying glass. It’s a fantastic design. They also have a deerstalker on the wall, along with some spy movie posters and some spy gear. I’m a huge James Bond fan, so this is an easy route to my heart 6. 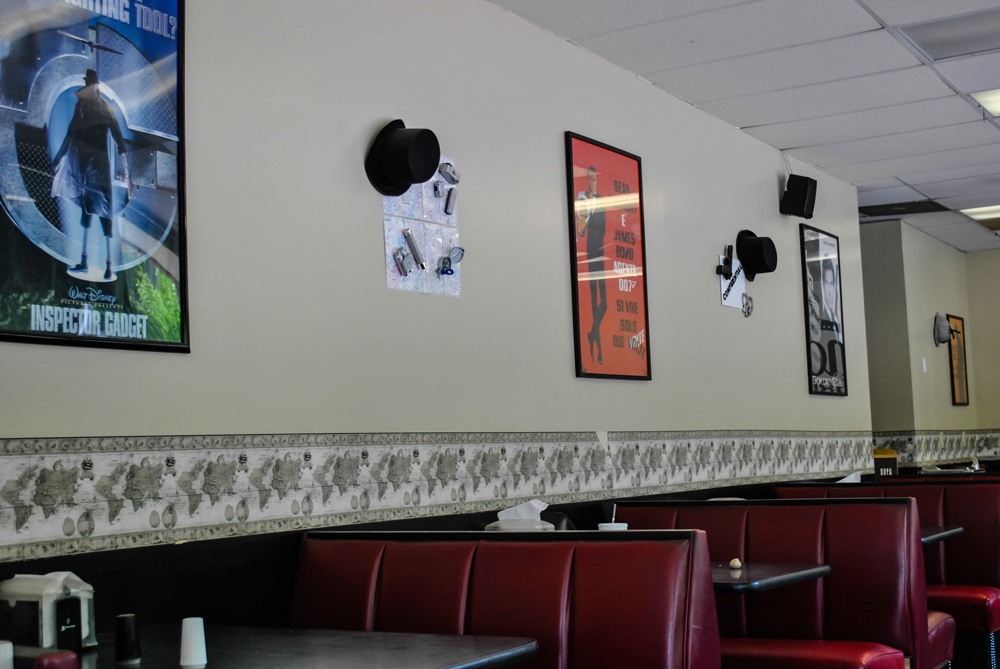 What was actually heartwarming, though, was that they seemed to know every customer there (besides us) by name. They greeted everyone warmly, and the place had a real family atmosphere. It’s always great to give your business to genuinely nice and friendly people.

What was your favorite thing (non-food) about Snoop’s?

The Italian James Bond poster. They get extra points because it’s foreign, and because I’m overly proud of myself for figuring out it was for You Only Live Twice.

There’s one more, very small, thing that I think is notable. They have bendy straws at Snoop’s. 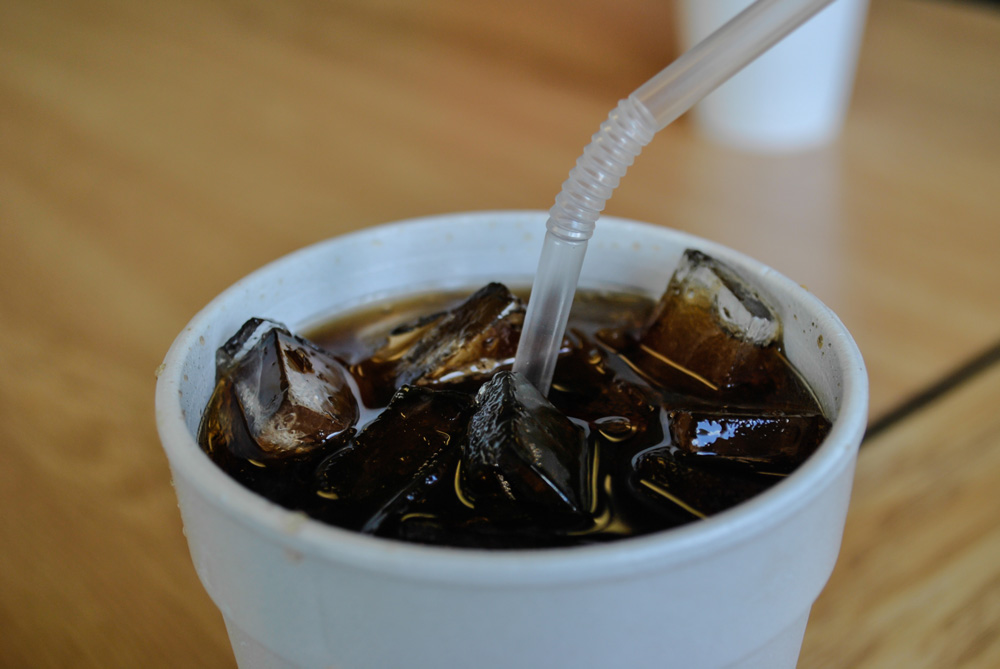 Bendy straws make me feel like a kid. In a good way.

What other spy stuff could they include?

I would love a secret room that you could only access by a spinning bookcase that is activated by pulling a book off of the shelf. Wait, how do I know they didn’t have that?

Yes, and I need to make a point to do so.

More burgers, and I definitely want to try their bacon wrapped hotdog (with cheese, obviously).

Snoop’s is one of the oldest burger franchises in Charlotte. They have a great theme, great burgers, and an extremely friendly staff. Plus, they have a toppings bar. Yes, they earn the Seal of Approval. 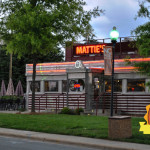 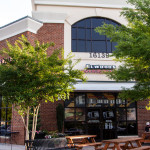 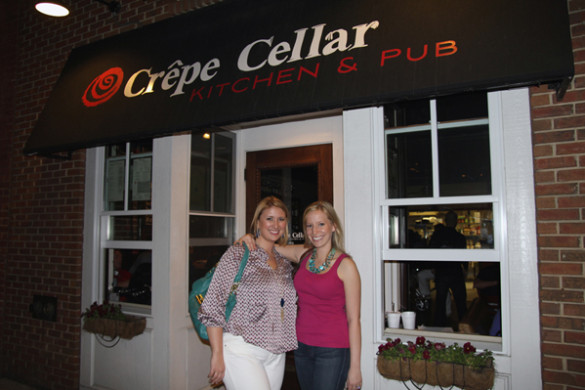 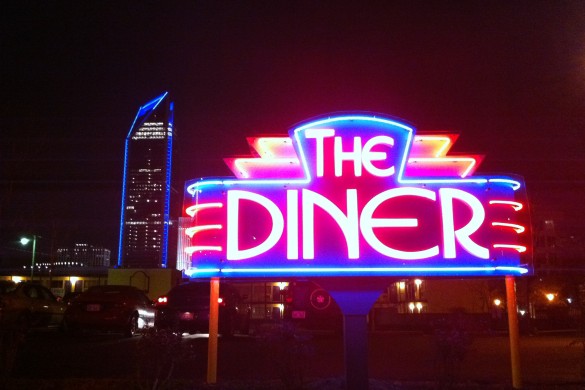 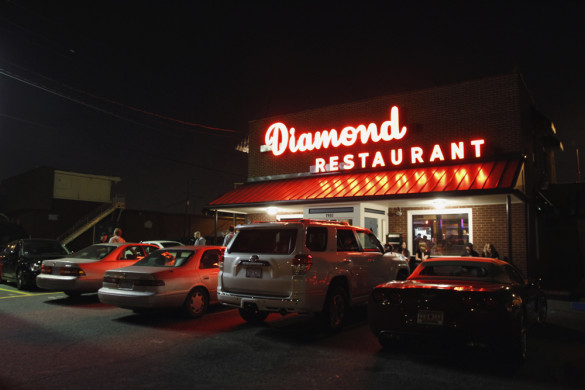