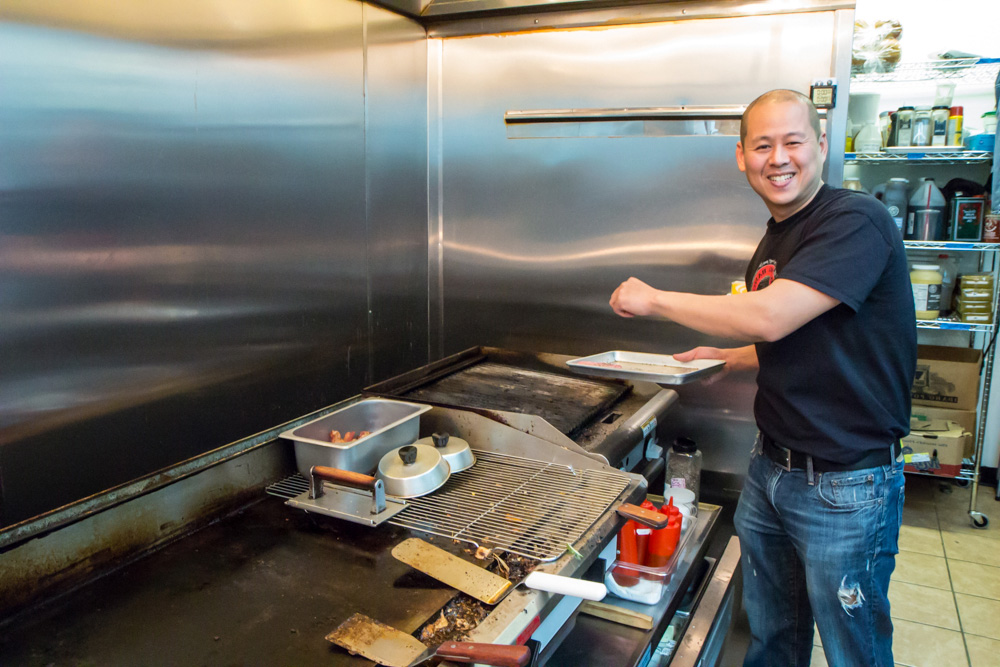 Hereford: Until recently I lived in the Plaza-Midwood/Elizabeth area. I was taking a walk last summer near Heroes Aren’t Hard to Find and saw that there was going to be a new burger place called Bang Bang Burgers. I walked or drove by about once every two weeks for months awaiting their opening. Eventually I emailed them, and spoke with owner, Joseph Huang. He was very excited about what he was doing, so we scheduled a time to speak with him and try his burgers.

Charlotte Burger Blog: So, Joseph, let’s start from the beginning.

Joseph Huang: Sure. So I didn’t want to go out of business with my first business. I chose something that had a very, very broad market base. I could have chosen sushi, but I know that out of all the people in Charlotte, maybe there’s a couple of people who’ll eat sushi, and there’s a very few people who will eat sushi regularly. But burgers, fries, beers, you can do that weekly. Maybe twice a week, you know? In the beginning it was more of a business decision, but I knew the market was pretty saturated with burger places.

Charlotte Burger Blog: That’s true. There are so many to try. That’s why we started our blog.

Joseph Huang: Originally, when I started looking at the burgers, I kind of lost my culinary background. I was like, “Oh, I’m a businessman now.” I looked at a catalogue, looked at my food costs, knew how much I wanted to charge, and tried a few based on that. And they tasted blah. They were okay, but they were okay only if I put something on it. For example, I put mayonnaise or a sauce or a ton of cheese or butter on the bun. And then they taste okay. But there’s no beef down here that actually tastes good by itself.

The evolution was that I got some so-so beef based on price, not based on quality or reputation of the supplier. Then I said, “well, it doesn’t taste that great, but I’m going to use my magic culinary skills. That’s kind of where the name came from. Like, “Bang bang, I’m just going to trick people into eating it. I’m going to use a bang burger sauce, I’m going to do this and that. I’ll make a really cool presentation.”

In the back of my mind, though, I was thinking about my brother. He’s a foodie and he lives in New York, and I grew up in New York, and New York food and New York burgers are awesome. He’s going to come down here and he’s going to try the burgers and he’s going to laugh his head off if he tries a burger with all this gimmicky, crappy stuff on it. Then I started to evolve and I said to myself this is not going to work. I’m going to be like everybody else. Anybody can do that. I didn’t need to go to culinary school to do that.

At some point, I went back and asked myself what is the most high end burger out there, regardless of price? And Pat LaFrieda came up. I had used it before when I worked in New York, actually a lot of restaurants in New York use LaFrieda meat. If you go to the top ten burger joints in New York, they’re all going to say LaFrieda meat. It tastes better than what they have down here. That’s where it started to turn. I started to go the other way and say, “no butter, no mayonnaise.” We toast the bun dry. We use gelato spoons. The idea is that we don’t put a ton of sauce on stuff, because then you’re just eating sauce. We have these little spoons you can put stuff on.

At this point some food came out for us to try. Among this food was some cheeseburger egg rolls.

Charlotte Burger Blog: These cheeseburger egg rolls are on point.

Joseph Huang: It’s fun, right? I never thought that I would ever feel like a chef, but I’m starting to feel that way. So you take the meat and you season and grill it, but you let it cool off before you cut into it. What happens is that when you fry it again for the egg roll, the juice from the burger meat comes back out.

You could also cut it raw and put it on the flat top. Is that going to be the same? No, because then all the juices are on the flat top at the end of it. There’s little details here that make me say we actually make a really good product. The beef when you eat it is going to be like, “mmm, yummy.” Whereas, at other places, you have to put something on it. You have to.

I’m learning a lot about the way people eat a burger. It gets in front of them, right? The first thing they do is take the top bun off and put something on it. Sauce sauce sauce. That’s why we have the spoons, it’s sort of a joke, actually. I’m telling people that they’re supposed to put a little bit where they bite. The way we eat as we get older we don’t want uniformity. We want contrast. Contrast in flavor, texture, heat. If you take a sauce and put it all over the top, the first bite to the last bite tastes the same. We don’t have to eat that way. The reason why we’re used to eating that way is because of convenience’s sake.

Another thing I noticed is that Asian food requires you to do something that I call cooking in your mouth. I grew up in the United States, but I was born in Taiwan. I came when I was a baby. I can see the perspective from both sides. When I bring my American friends to eat Asian food, you have rice. You have all the different side dishes. You have sauces and things, right? You have to be much more interactive with your eating. You have to eat a little bit of rice, which has no flavor. Then you add the flavor. So you’re kind of painting with color.

[Still], in the beginning I was about to do it. I was going to use mayonnaise and butter. Then I said to myself, Why am I using the butter? Because I want to make it taste better. Why do I feel like I need to make it taste better? Well, because I think the beef is not good enough. Ah. Well, why don’t just make the beef good enough? So I realized that I’m going to try to do it differently than the other guys. The beef should be yummy.

Charlotte Burger Blog: Well, we think you’ve been successful at that. What we’ve sampled has been great.

Joseph Huang: What you’ve had isn’t on the menu. Eventually it will be; it’s a part of the chalk board. It’s an evolution. Basically, I’m going to unleash the kitchen. It’s not that they can do what they want, but they can pretty much do what they want within a range that makes sense. These guys are a hundred million times more talented than me. Now, that’s a reflection on how bad I am. No, they’re really good at what they do, so I’m pretty excited.

Angus: Thanks to Joseph for spending the time to sit with us. We tried two burgers and some appetizers, and they were all amazing. Even the black bean burger egg rolls. We are planning to stop by soon to do a more formal review, but don’t wait for us. If you’re in the area, you definitely need to stop in. You won’t be disappointed. 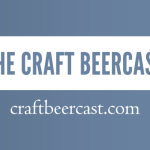 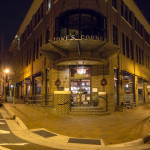 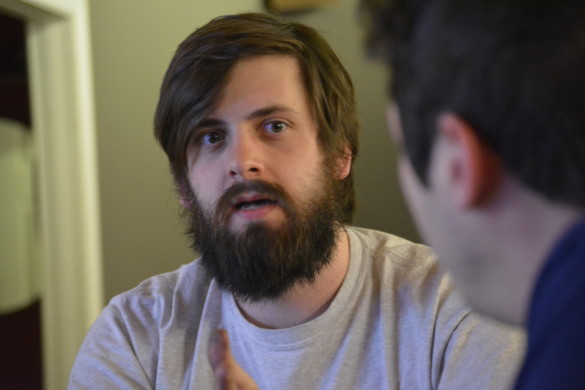 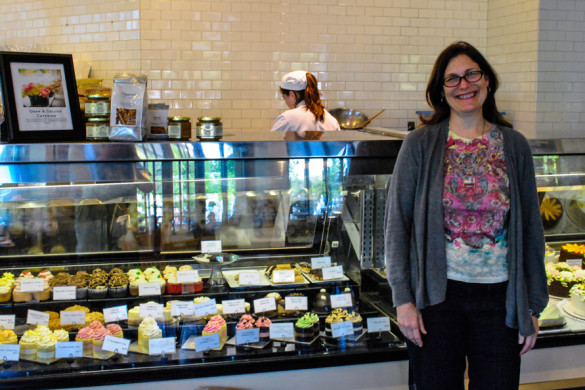 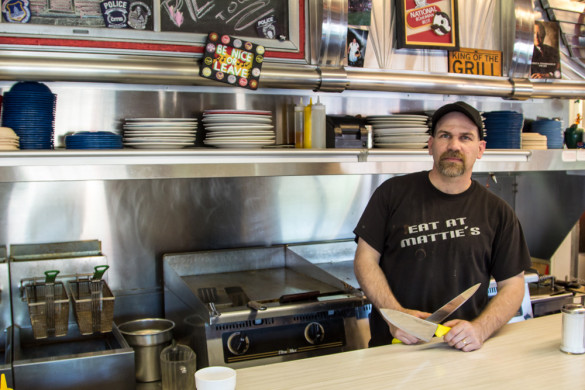